The Hippo Game link: https://global.hippogame.org/ （Please use a wallet App or PC browser to open the link. The game supports TokenPocket, Math Wallet, Metamask...). Please check the game rule below:

The participation threshold for the official version is 10 mil HIP, and the limit is 50 mil. The detailed rules are as follows:

1.The Basic Mechanism of Crowdfunding

The basic gameplay is the crowdfunding mechanism. The goal in the first round is to raise 200 million hippo collectively. For the each round of crowdfunding ahead, the goal will be increased by 15% on the prior round. Players who successfully participate in the crowdfunding can earn 5% of the principal after two successful rounds. Settling after that, you can choose to continue participating in the game or withdraw your tokens to your wallet.

According to the rules, the first three rounds of token raising targets will be 200 million, 230 million, and 264.5 million.... (The target for each round is 15% higher than the previous round), and so on.

Hippo Game is a game where revenue is settled every three rounds, such as:

Assuming that the N, N+1 and N+2 rounds are all successful in their crowdfunding, the settlement will start, and the N round participators will get all their principles. Regarding profits of the crowdfunding, as mentioned above, the scale of the N+1 round will always be 115% of the N round. Then, after the N+2 round of crowdfunding is successful, The extra 5% from the N+1 round will be given to the Nth round (The participators in the Nth round shall get 5% profit now); at the same time, the extra 10% of the N+1 round will enter the dividend pool. Over time, the dividend pool will accumulate a large amount of HIP (or other Eco-currency) and at the end of each round, 1% of the funds in the dividend pool will be distributed to HIPS pledgers (HIPS dividend mechanism will be explained later).

In the early stage, because the crowdfunding quota is relatively tight and the duration of each round is very long (calculated in days), there will often be situations where the crowdfunding cannot be successful immediately and needs to wait. The following is the key to the game: Queuing + single-currency liquidity mining:

After participating in the crowdfunding, if you need to wait, players will see their real-time ranking status in the interface, as shown in the figure below:

HIPS can be obtained continuously during the queuing process (the total amount of HIPS in the official version does not exceed 10 million, the first day output is 10,000, and the daily output decreases by 0.1%. The public beta version in the picture is the test coin HIPST). The unit address obtains HIPS, whose amount is related to the total number of people in the queue. Simply put, the daily output of HIPS is limited. The more the total number of people in the queue, the less HIPS will be obtained for the unit address.

As shown in Figure 1, the queuing revenue HIPS can be withdrawn at any time on the left, and then go to the right to pledge mining. If you don’t want to consume the extracted BNB fee, you can also wait until your crowdfunding is settled, and the system will automatically transfer your HIPS to the balance on the right, so you don't have to spend the corresponding BNB fees.

Click "View" on the right side of Figure 1, to go to this page:

As shown in Figure 2 (just like ordinary liquidity mining) click “Stake” in the upper right corner and click “Harvest” on the left, to withdraw income at any time. Unlike ordinary liquid mining, this dividend income is not distributed in real time, but after each round of successful crowdfunding, 1% of the bonus pool will be rewarded to HIPS pledgers.

At the same time, for the dividend pool itself, the dividend tokens will be inclusive of, but not limited to, the HIP token itself. HIP serves as the Hippo Game governance token. It is voted on to determine whether tokens outside the Cycan ecosystem can participate in the game. It is also necessary to pay dividends to the HIPS pledger. It can be said that with the gradual expansion of the dividend pool to the later stage, the currency and the amount of dividends are getting larger and larger, which may enable HIPS pledgers to obtain extra gains and considerable profits over the crowdfunding itself. Ultimately, a wait will be needed for rankings in order to obtain HIPS pledge. This is still pursuing the fixed income of crowdfunding itself, and players can calculate and weigh by themselves. 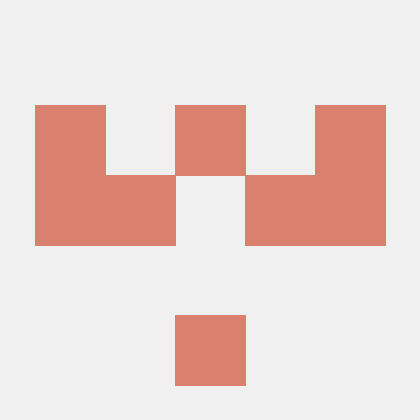